Welcome. Edgartown News was born from the simple fact that I have ink and Dektol in my veins and I need to write and photograph more than I need air or food, and from my love for this little town where I grew up and raised my family, the town I have left a few times but can't quite shake for good. Here you will find the wanderings and musings, photographs and commentary; the people, places, and happenings - past and present - of a small island town: my home town.

Always a treat to run into a fellow native, a rarer and rarer occurrence these days. Hayden and I go back to being in Miss Stackpole's kindergarten class together. I love Hayden. 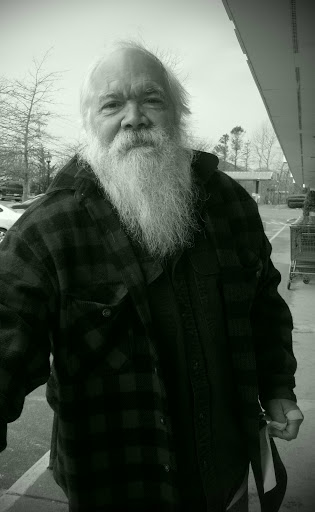 Posted by Sara Piazza at 7:00 AM No comments: 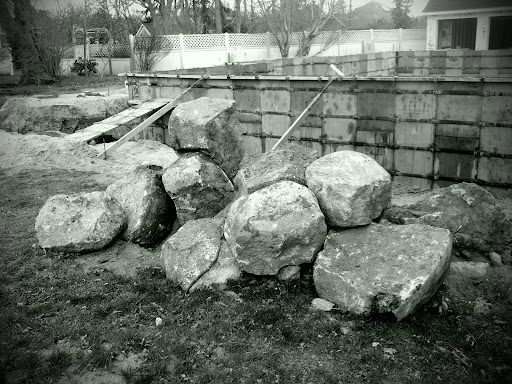 Posted by Sara Piazza at 1:26 PM No comments:

On Death, Dying, and Life

Until yesterday, when my sister-in-law called to tell me about Sam Riccio's scheduled burial on Saturday, I had never heard of the Tower Hill Cemetery in
Edgartown. In fact, I thought she was making it up. I mean, how could I live in a town as long as I have and never have heard of such a place, a place as basic as a town cemetery? "Don't you mean the New Westside Cemetery?" I asked. "No, it's the Tower Hill Cemetery," she assured me (UPDATE, as of 11am Thursday morning: Sam's burial will be at the New Westside Cemetery, after all).

I did a Google-search and found that yes, there is a Tower Hill Cemetery (I should know by now never to argue with Patricia [UPDATE, except on matters regarding Edgartown. Geesh, she even had me believing that I somehow had missed attending Dorothy Riccio's burial at Tower Hill - I assure you, I absolutely was at my mother-in-law's burial, and I also know that I had never, until yesterday, even heard of Tower Hill Cemetery]. Oh well, the good news is, now I have and I enjoyed my visit to the place), also known as the Old Burial Ground, or Burial Hill, which is at the end of the second left off of Katama Road.

Dying of curiosity (so to speak), I took a quick drive out that way to see for myself what was there. Man, this place is old, with moss on some of the gravestones so thick as to make the inscriptions unreadable, with many of the dates - the ones that that I could read - going well back into the 1700s.

Yesterday was a foggy morning, making my visit to this old graveyard all the more mystical. At some point, while wandering around amongst the old stones, I also realized that it happened to be the 20th anniversary of the day I buried my mother, making my morning's perusal even more poignant.

The idea of dying didn't concern me all that much until a couple of years ago, when I turned fifty-nine. That was the year I realized that a few of my closest family members either had died at that exact age - my grandfather and my brother - or never even made it that far - my father (who died at the much-too-young age of fifty-six). Never mind that two of these three were deaths that were not gene-related; I figured I was a goner, that I surely wouldn't make it into my seventh decade.

I did, as it turns out, make it safely to sixty, but now I'm at the stage where literally every twinge has me wondering if it's something terminal. Not to mention, it seems as if people my age are dropping like flies lately. And yes, that look of horror on most of the faces of my friends is surely as much "I could be next" as it is grief.

The next number I'll have to concern myself with - and I hope I live long enough to have this worry - is the number seventy-eight, as that is the age that both my mother and her mother died.

I'll admit that I'm not that okay with the idea of dying. Not only are there people I will miss - I especially would love to watch my grandchildren grow up, to be a loving presence in their lives for as long as possible, and to see how they turn out - but the unknown aspect of what lies on the other side quite frankly terrifies me. I am most definitely of the Woody Allen "I don't want to be immortal because of my works, I want to be immortal by not dying" school. And as my friend Barry says (one of many succinct and witty "Barry-isms"), "I'm not afraid of being dead, it's the dying that worries me."

What would cause a person, on the first day of spring, a day whose morning fog eventually gave way to magnificence, to be thinking, photographing, writing, and posting about death, I wonder? A day when everything is screaming, life, hope, and re-birth.

For starters, because of the date of my mother's death, March 14, I'm kind of forced into it (and I've always loved the fact that her crocuses start blooming during the week she died and was buried). Then add Sam's burial coming up as suddenly as it did along with the realization that it was the anniversary of my mother's burial; and Lenny Reid's death notice in yesterday's paper didn't help, either. Later yesterday afternoon, while working in my garden, on my hands and knees and up to my elbows in dirt - with my morning visit to the graveyard still on my mind, I guess - I even found myself thinking along the lines of, "Some day I'll be a lot deeper in this stuff than my elbows." Oh yeah, throw in the 1:00 meeting with an estate attorney and you'll see that yesterday was uncannily focused on death.

I actually don't think that my dark-ish thoughts on a spring day are so far off. This time of year, seeing the buds beginning to pop open and green shoots emerging from underground, I think it's natural to be thinking of the life-cycle. The ancients were certainly onto something when they instituted the spring festival of Easter, its theme being not-so-subtly based on death, resurrection, and new life. I once read a statistic that claimed that more suicides take place in the spring than at any other time of year - something to do with depression and all the new life reminding you of how depressed you are and not having the gumption to face the beginning of the new cycle all over again.

As terrified as I am of dying, though, there's something about knowing that life (at least our earthly lives) is finite that makes living - each minute, each day - seem all the more precious, especially as the years ahead become shorter than the years that have passed.

That all being said, I will now get off this dang-fool time-sucking computer contraption and go and embrace Life.

All taken with smartphone.
Posted by Sara Piazza at 10:31 AM 2 comments:

Sam Riccio, who died on January 10, will be laid to rest this coming Saturday, March 24, at 12:30pm at the New Westside Cemetery (not the Tower Hill Cemetery, as previously reported) in Edgartown.

Sam's Island friends and family will be honoring him with a memorial mass and celebration of his life on June 2. Stay tuned.
Posted by Sara Piazza at 10:06 AM No comments: 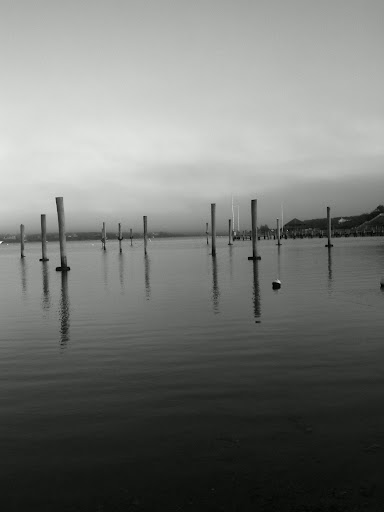 Posted by Sara Piazza at 6:20 PM No comments: 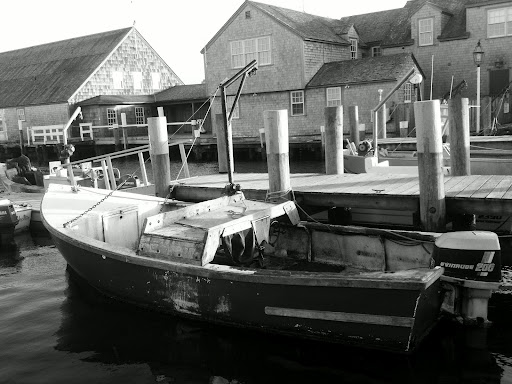 Posted by Sara Piazza at 6:16 PM No comments:

All's that's left of the Captain DeFrate house today is - literally - a hole in the ground surrounded by rubble. As Smitty commented, "Pretty soon we won't recognize Edgartown." My response? "I just hope mine's not next."
(via phone)

So, wait - where am I, ancient Israel or Upper Main Street?

Posted by Sara Piazza at 6:14 PM No comments:

There Goes Another One

The DeFrates house (what's left of it as of today at 3:30).
Via smartphone. 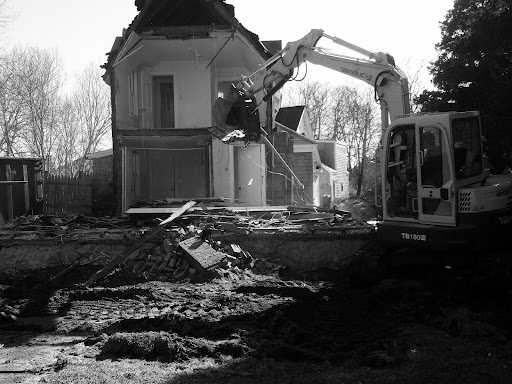 Posted by Sara Piazza at 3:28 PM No comments:

On March 8, Liz Herrmann celebrated the milestone of having worked forty years as register of probate for the County of Dukes County. Congratulations, Liz.

(And here is the correct information I have since received from Liz. The smartphone is very smart, indeed, but not necessarily useful for much more than a few sentences, for which, perhaps, the world should be grateful):


Liz Herrmann celebrated her 40th year working at the Dukes County Registry of Probate on March 8, 2012. Liz began at the entry level in March of 1974, having been sworn in as Deputy Assistant Register, and appointed by Emily Huntington Rose. Emily H. Rose was the Register of Probate from Jan. 3, 1973 until her retirement on January 2, 1997. Liz was sworn in as Register the following morning on Jan. 3, 1997. Emily had served as Register for 25 years and then decided not to run for re-election so Liz decided to run and was unopposed. Liz has served as Register from Jan. 3, 1997 to the current date.

That's all as for the basic facts, but so much has happened since Liz began, it would be much too much to put in your blog, Sara. 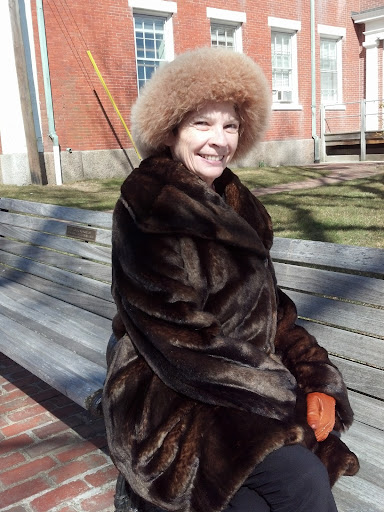 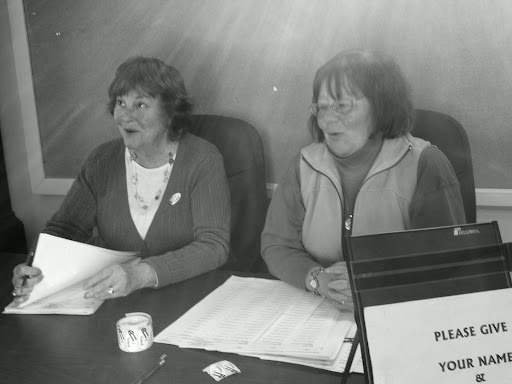 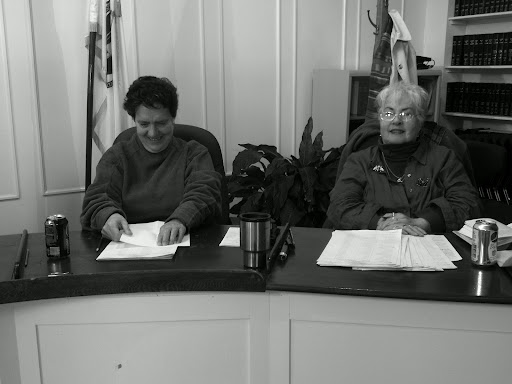 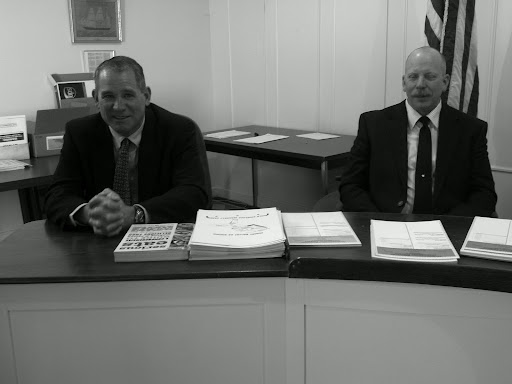 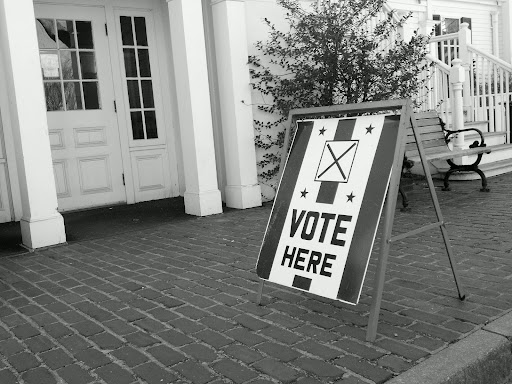 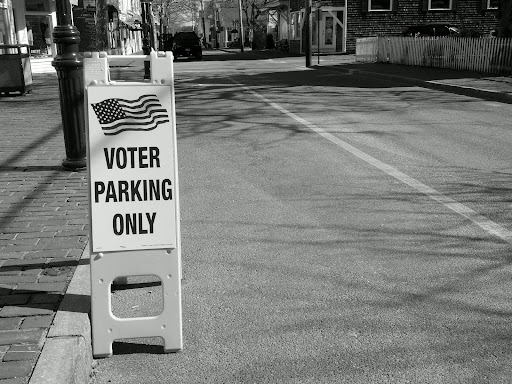 Posted by Sara Piazza at 3:08 PM No comments: